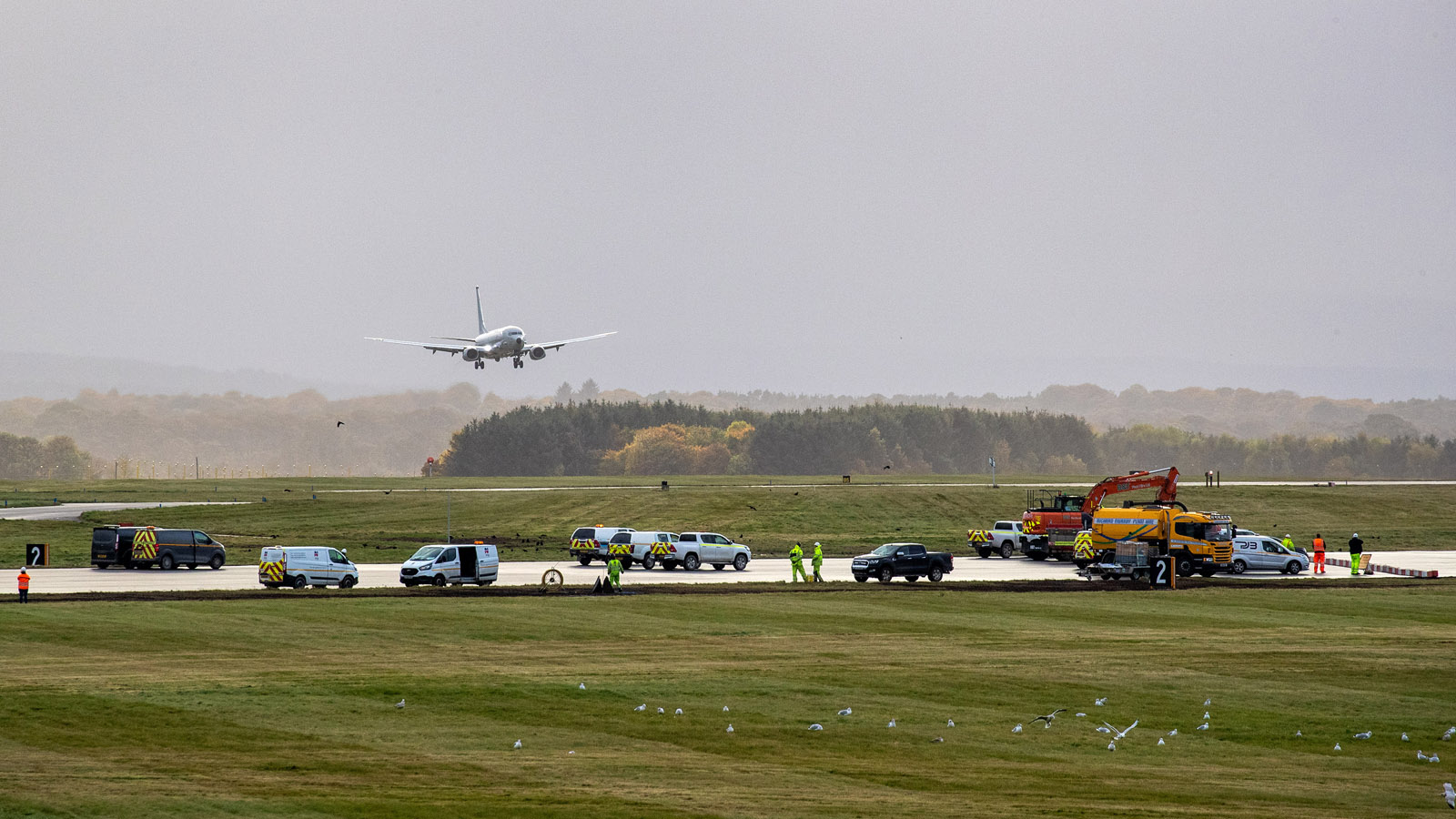 Work to resurface the runways at RAF Lossiemouth has reached a major milestone with the return of aircraft to the Moray station.

Having started back in May 2020, VolkerFitzpatrick have worked to resurface both runways and rebuild the northern taxiway structure to support based P-8 Poseidon MRA1 operations from the station, as well as allowing larger Royal Air Force aircraft such as the Voyager and Atlas to operate safely from the base.

Although initially operations at the Scottish base could continue with the works taking place, part of the work required closure of both runways and therefore aircraft being deployed elsewhere. A total of 22 Typhoon FGR4s operated from Kinloss Barracks and Leuchars Station, and the first two Poseidon MRA1 aircraft were delivered directly to, and subsequently operated from, Kinloss.

The first aircraft to land and use the newly-resurfaced runway intersection was Typhoon FGR4 ZK368, callsign TURBO22, returning from a training sortie on Exercise JOINT WARRIOR, having taken off from Leuchars. This was followed by Poseidon MRA1 ZP802 as STINGRAY01, with ZP801 from Kinloss and ZP803, currently on delivery from Boeing in Seattle, WA, to arrive on 14 October.

Other improvements include accommodation for personnel, a new Air Traffic Control Tower, upgrades to drainage and electrical supplies, and upgraded facilities for IX (Bomber) Squadron.

It is great to see the aircraft return to Lossiemouth and to see the arrival of P-8As is particularly pleasing as it represents a new era in operations from this Station. This significant investment in Scotland introduces a new UK Defence capability and has definitely focused minds and efforts.

It was a privilege to be the first to land on our newly resurfaced runway today!

My team have been working exceptionally hard from Leuchars Station and Kinloss Barracks to deliver Typhoon and Poseidon operations, and I am delighted that all our aircraft can now return back to RAF Lossiemouth. We are back in business as a next-generation maritime patrol and fighter station!

Tomorrow we will welcome the first of our Poseidon Maritime Patrol Aircraft to their new home with Team Lossie. My thanks go to my team, and contractors VolkerFitzpatrick for their hard work in successfully delivering the main runway on time.