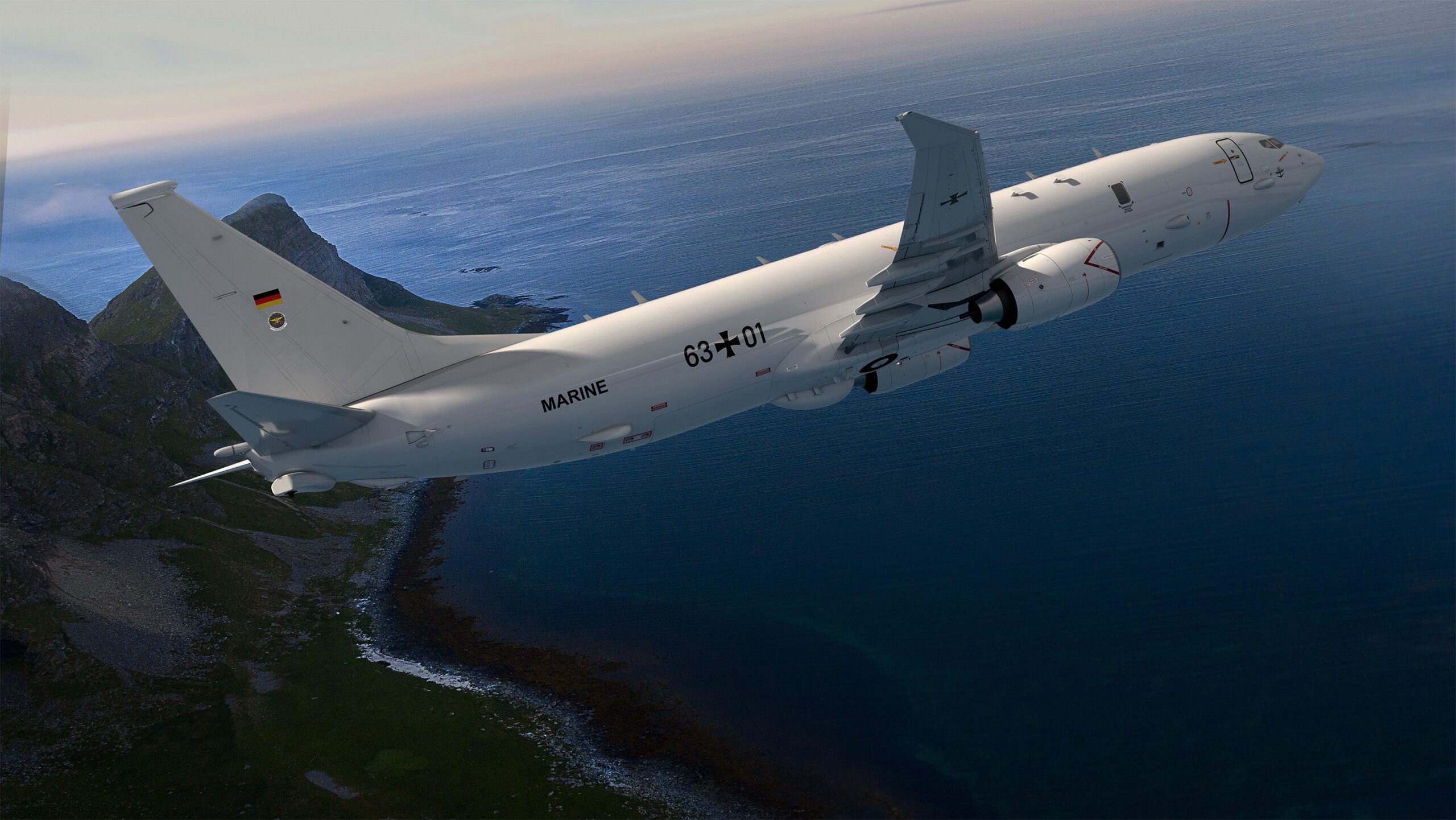 “Boeing is honored to provide Germany with the world’s most capable maritime surveillance aircraft,” said Michael Hostetter, Boeing Defense, Space & Security vice president in Germany. “We will continue to work with the U.S. government, the German government and industry to establish a robust sustainment package that will ensure the German Navy’s P-8A fleet is mission ready.”

“Bringing this capability to Germany is not possible without the contributions of German industry,” said Dr. Michael Haidinger, president of Boeing Germany, Central & Eastern Europe, Benelux and the Nordics. “With the P-8A, we will expand our collaboration with German companies, create new jobs and contribute to long-term local economic growth.”

Recently, Boeing signed agreements with ESG Elektroniksystem-und Logistik-GmbH and Lufthansa Technik to collaborate in systems integration, training, support and sustainment work. Which by working with local German suppliers, Boeing will provide support, training and maintenance solutions that will bring the highest operational availability to fulfill the German Navy’s missions.