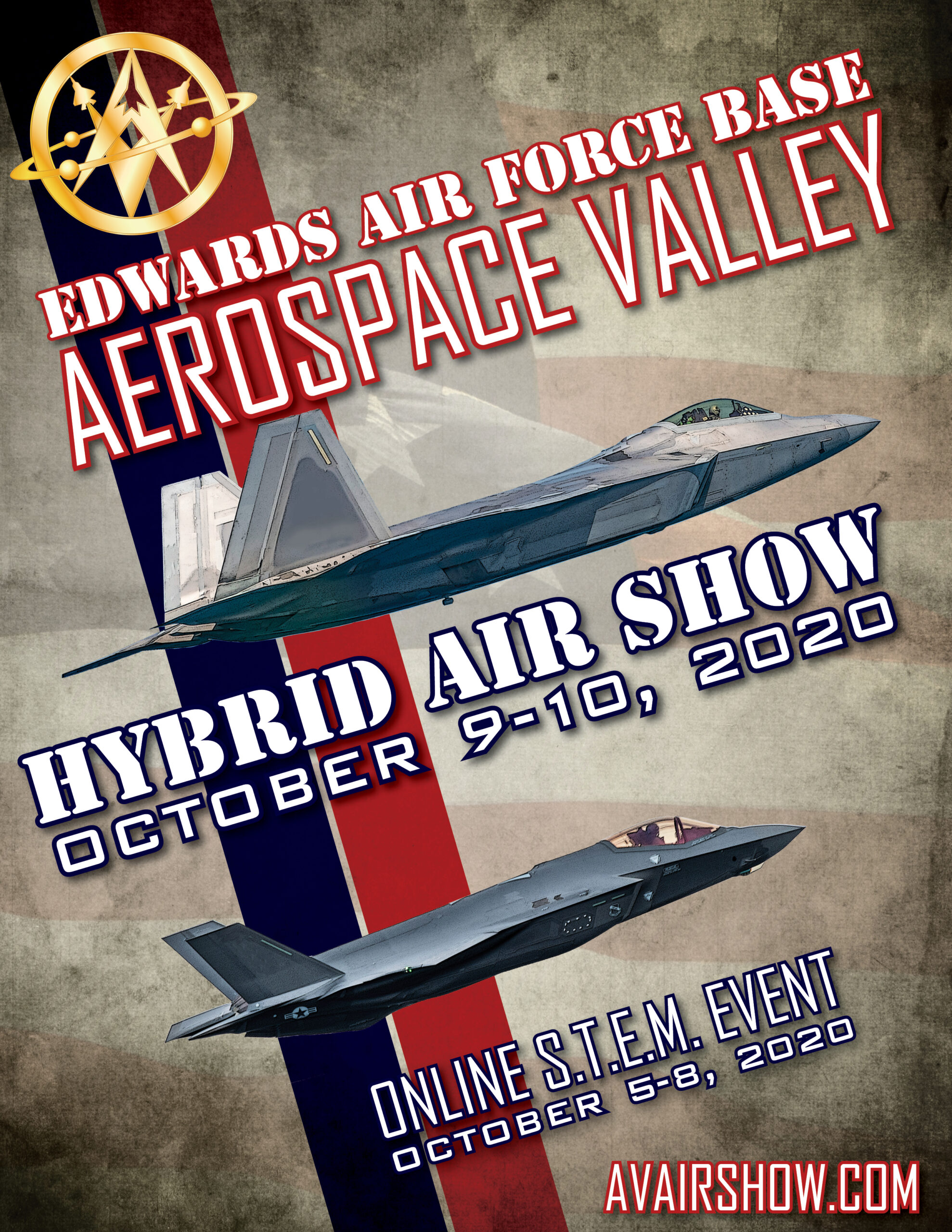 With COVID-19 continuing to spread in communities in California and beyond, Brig Gen Matthew Higer, 412th Test Wing Commander, made the decision to shift the 2020 Aerospace Valley Air Show into a hybrid air show.

“We are not going to a have a whole bunch of people on the installation … boots on the ground, static displays, buses, all that over Columbus day weekend,” he said. “We are, however, going to have a bunch of ‘iron’ on our ramp, and potentially on the ramp on Fox Field (in Lancaster, California) … It’s going to morph into something that would be like a parade of planes.” – HIGER

Higer explained the airshow planning team is going to put together a hybrid event where they will have airplanes in the sky over the Aerospace Valley as well as a widespread social media presence. The airshow team will be looking at ways to utilize social media to post pictures and videos of the aircraft, and possibly 360-degree views as well. The airshow team is planning to host virtual interview opportunities between performers and guests as well.

The airshow planning team promises to provide a memorable experience, and true to Edwards fashion, maybe trailblazing a new way to conduct air shows in the future.

The next traditional airshow at Edwards is scheduled for October 15-16, 2022. The show will celebrate the 75th anniversary of supersonic flight, a historic event that took place in the Aerospace Valley on October 14, 1947 and put Edwards on the map as The Center Of The Aerospace Testing Universe.

The event is finished.