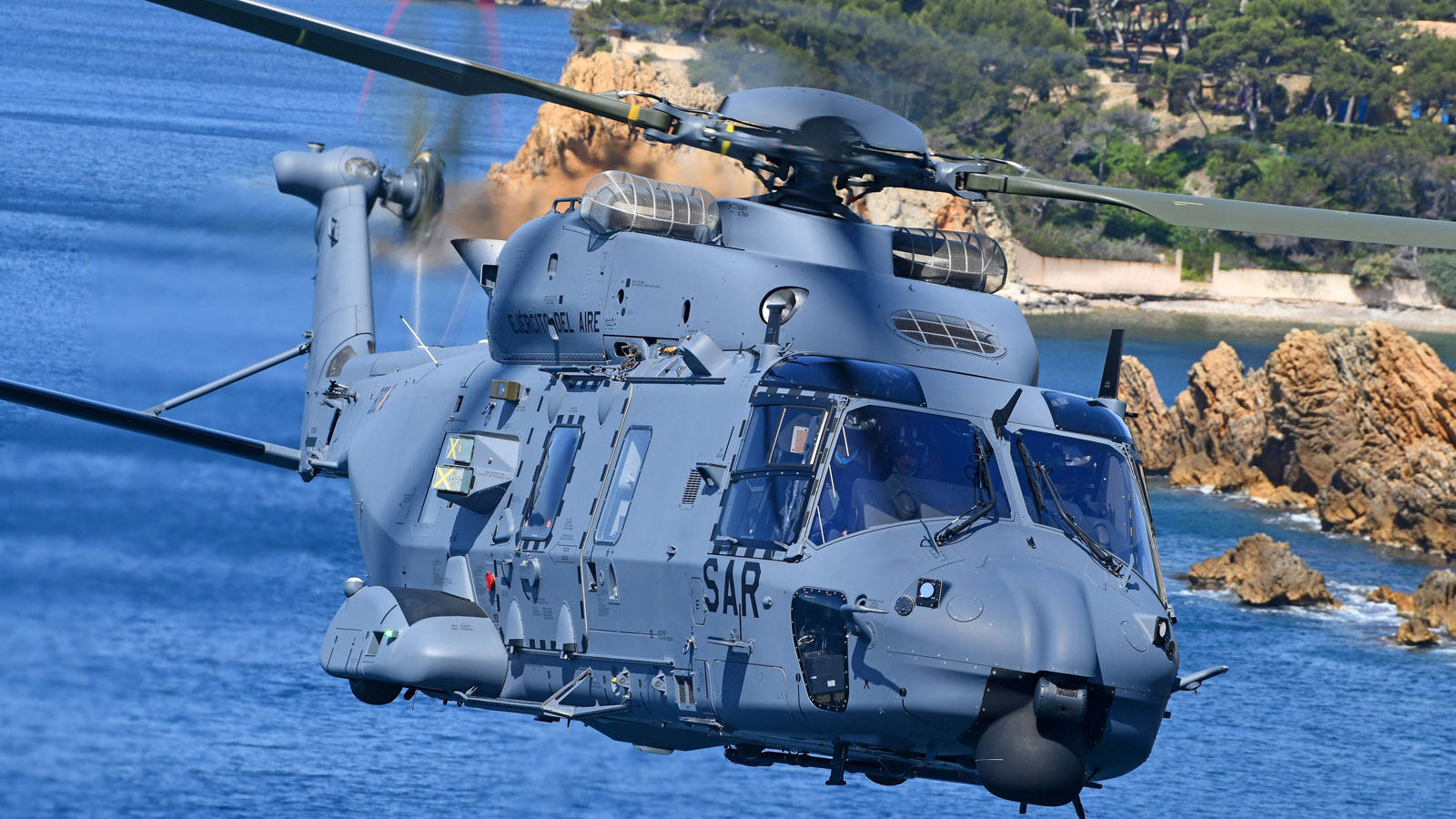 Spain has ordered 45 NH90s broken down in to Ground SPain Army (GSPA) and Maritime SPain TTH (MSPT) aircraft variants. The aircraft is locally named the HT-29 Caimán and operated by the Spanish Army Airmobile Force (FAMET), with 13 helicopters having already been delivered to the Maneuver III Battalion in Agoncillo, and Spanish Air Force.

Originally a total of 104 aircraft were ordered to be distributed between the three forces, in 2005 the order was reduced to 45. This was further reduced in 2013 to 22 aircraft with 16 for FAMET and 6 in SAR configuration for the Air Force. A second batch of aircraft was ordered in 2019, returning the total order to 45.

The Spanish variant of the NH90 features next-generation General Electric CT7 8F5 engines, a personalised communications system and a sophisticated electronic warfare system developed by Indra and will be supported by training devices including full flight simulators.

Due to replace both the Super Puma in Air Force and Army service and the SH-3D Sea King in Naval Air Arm service, Spain expects all 45 NH90s to be delivered by 2022