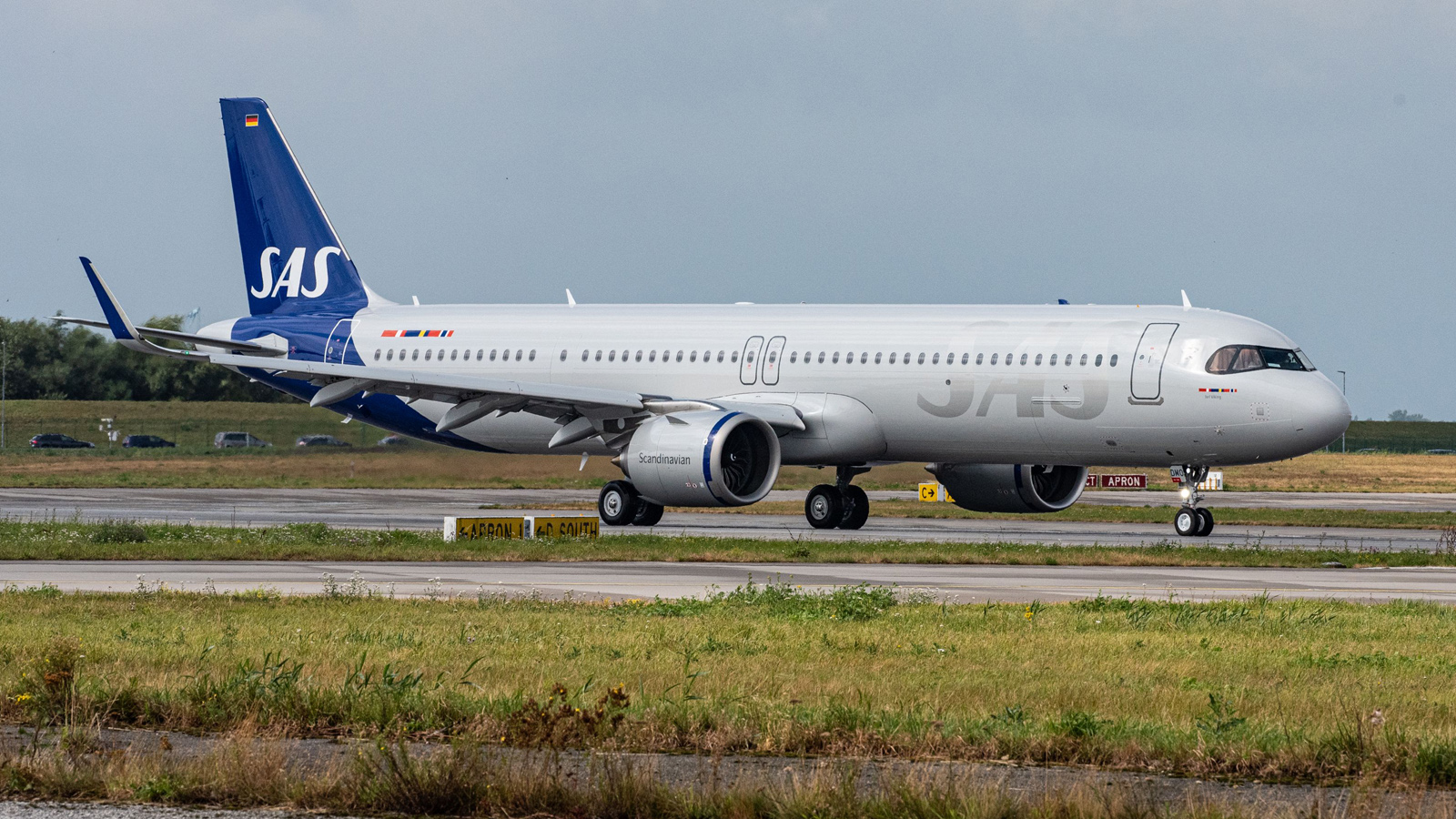 Scandinavian carrier SAS has taken delivery of its first of three A321neoLR on 15th October 2021, owned by Air Lease and leased to the Nordic flag-carrier, becoming the newest operator of the long-haul single aisle aircraft. The aircraft is powered by CFM’s Leap-1A engines.

SAS’s A321 will be utilised between the Nordic countries on the transatlantic routes, with a three-class cabin layout with 157 seats (22 “SAS Business” class, 12 “SAS Plus” class and 123 “SAS Go” class seats).

The A321LR, a member of the A320neo Family, delivers 30 percent fuel savings and nearly 50 percent reduction in noise footprint compared to previous generation competitor aircraft. With a range of up to 4,000nm (7,400km) the A321LR has a transatlantic capability and premium wide-body comfort in a single aisle aircraft cabin.

SAS operate an Airbus fleet comprising of 63 A320 family, 9 A330 family aircraft, and four new A350 XWB. Over the past decade the airline has performed a major fleet transformation programme from legacy McDonnell Douglas MD-80 series and Boeing 737NG series aircraft, preferring Airbus’ products to its once familiar Boeing lineup, planning to retire the last of the 737s by 2023.

The airline also recently introduced a new corporate identity, retaining the signature blue tail the carrier has worn since 1998 and beige fuselage but replacing the unique orange engine colour with silver, a colour continued in to the airline’s titling on the fuselage.

Airbus is the first aircraft manufacturer offering customers the option of receiving new jetliners with sustainable fuel. This delivery flight from Airbus Hamburg to its home base in Copenhagen uses a 10 percent sustainable jet fuel blend. Such delivery flights have been available since 2016.