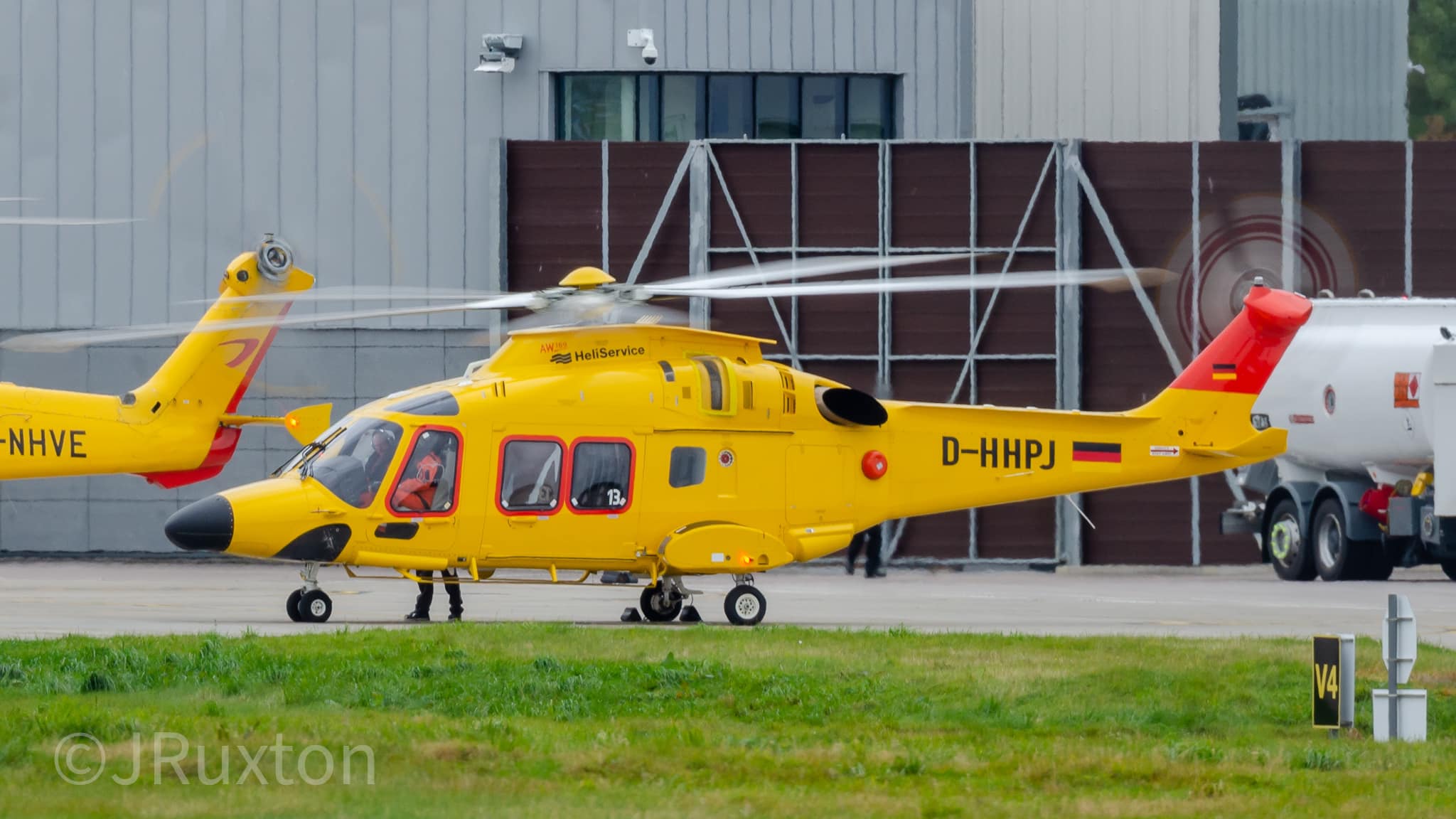 Due to start in December 2020 the first NHV AgustaWestland (now Leonardo Helicopters) AW169 helicopter has been seen operating crew familiarisation flights at both Aberdeen and Humberside, where NHV have bases.

The AW169 is the latest-generation twin-turbine helicopter in the 4.6 to 4.8 tonne category. Featuring class-leading performance for versatile capability in the most demanding operating conditions NHV have experience operating the type in Norway, where since 2017 they operate the
AW169 in support of the Norwegian Coastal Agency’s operations.

Smaller than AgustaWestland’s AW139 and Airbus Helicopters’ H175 which slot in to the 6 to 7 tonne category, the AW169 can seat up to 10 people in passenger configuration and with a full ice protection system, auxiliary fuel tanks, flotation aids and wire strike protection the type is extremely versatile, building on the experience of the AW139 used for oil rig work worldwide.

The first aircraft to be used on the contract is AW169 D-HHPJ [c/n 69113, built October 2019] owned by the NHV Group and leased to Heli Service International GmbH.

Heli Service Interational operate a fleet of four AW169s, two in their own corporate colours, one all white, and D-HHPJ in the NHV scheme.

Having departed Bergen, Norway at 0918 CEST (0718Z) on Friday 16 October D-HHPJ flew directly to Aberdeen, UK arriving at approximately midday local time (1100Z). Spending 90 minutes on the ground, where it was photographed below, it departed south for Humberside and after a further hour there it continued its journey to NHV’s UK base at Norwich.

It is currently expected to remain there for the weekend and arrive at Blackpool on Monday morning. You can follow D-HHPJ’s Friday flight on ADS-B Exchange.

There are rumours that whilst in the UK the aircraft will be operated by NHV Helicopters UK and given a British G- registration, though this is unconfirmed and is not necessary for NHV’s operations it did happen with the H175 fleet.