US Navy to use former RAF Sentry as training aircraft 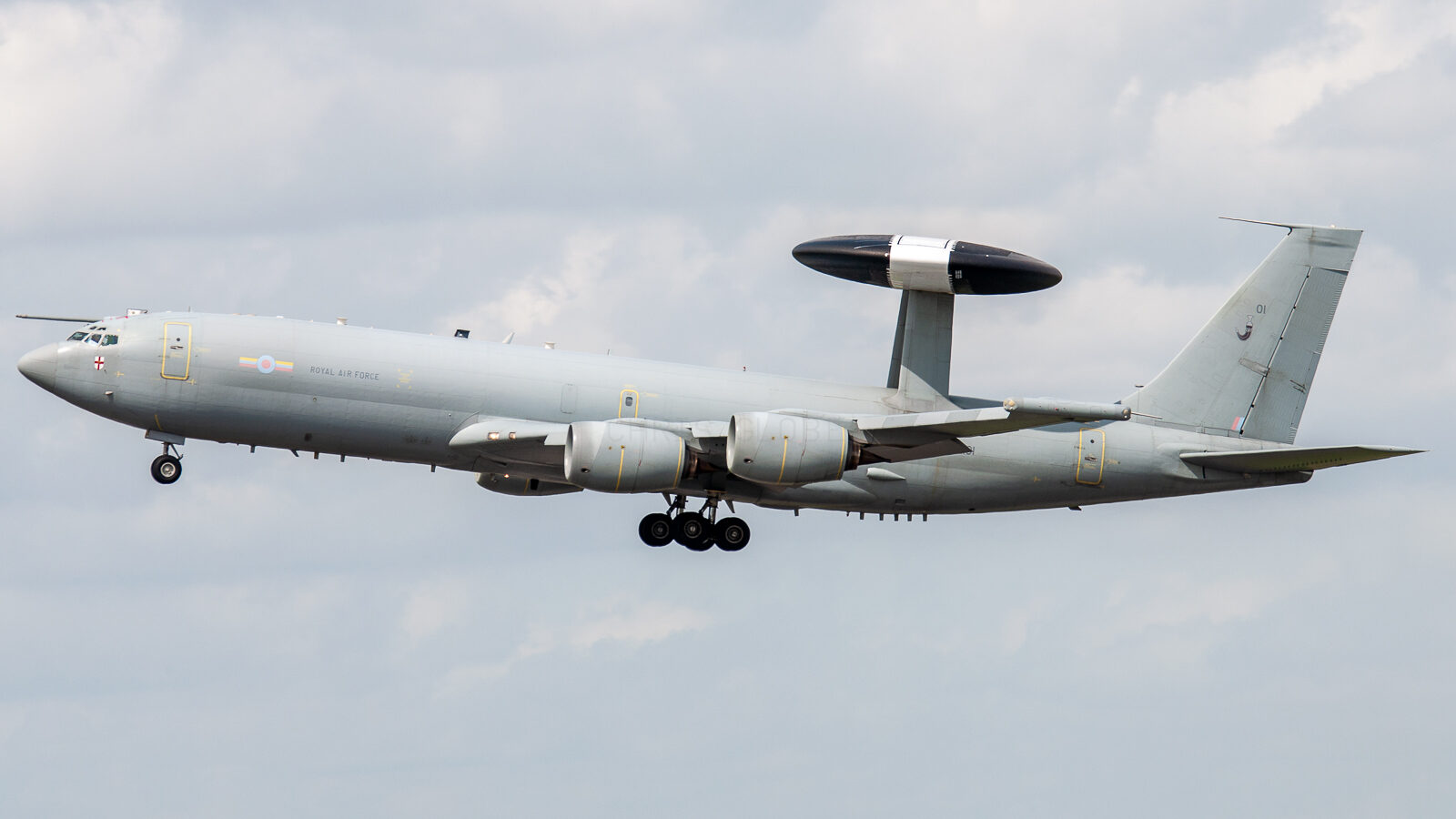 In an effort to reduce the amount of flight hours on their E-6B Mercury aircraft the US Navy’s E-6B Programme Office (PMA-271) has issued a contract to procure a former UK Royal Air Force E-3D Sentry.

The Sentry will be used by the US Navy as an in-flight training aircraft, although the contract doesn’t specify whether this is for flight-crew or mission-crew training.

Dutch aviation magazine Scramble.nl reports that “The Naval Air System Command (NASC) will start to use the E-3D, but will not make use of its Airborne Warning and Control System (AWACS) capability.” It seems likely therefore that the aircraft will retain its radar radome, although it won’t be used, and that training will primarily be for flight-crew.

Recurrent flight training is currently performed using the 16-strong E-6B fleet, an aircraft with a primary mission that is integral to the US nuclear defence system.

It is common to see two or more Mercurys in the air every day over the continental United States performing their C3 (command, control and communications), over water working with Navy ballistic missile submarines using their extremely low frequency (ELF) “longwire” communications systems, as well having aircraft on 24/7 standby on the ground.

Part of the US “doomsday” mission alongside the Air Force’s E-4B Advanced Airborne Command Post, the Mercury is an aircraft in high demand. Adding a former E-3D Sentry makes sense as a cheap and rapid way of increasing training capability; it adds another Boeing 707-300 type aircraft to the fleet operated by two US Navy squadrons, namely VQ-3 Ironman and VQ-4 Shadows, reducing Mercury flight hours by 600 and landings by 2,400 annually.

Based on the Boeing 707 airframe the British E-3D Sentry AEW1 were some of the last 707s produced and combined with low airframe hours would normally mean they have a long service ahead of them with the Royal Air Force. In typical Ministry of Defence fashion however it was announced that the type would be withdrawn from service by the end of 2022, with only three of the original seven aircraft making it that far.

Named after the Seven Dwarves, the RAF’s fleet of Sentrys are operated by Number 8 Squadron based at RAF Waddington. Three aircraft remain active at RAF Waddington, with three others stored there providing spares. The final aircraft, ZH104, is stored at Chennault International, Lake Charles, Louisiana and is believed to be the aircraft that will be sold to the US Navy.

Want to see a Sentry?

RAF Waddington in Lincolnshire is the place to be, although be warned that they don’t fly every day and when they do missions are usually over four hours in length! Departing early in the morning it is common for Sentry missions to take them over the North Sea, the Baltic states or in to Germany or Poland for many hours – providing valuable training for their crews and for fighter aircraft of many European nations.

If you are willing to spend the day at Waddington in search of a Sentry then you’ll need the local air traffic control frequencies, which can be found in the our Data Centre, access to which costs just £5 a year. Just for Waddington though, we’ve listed the important ones here: