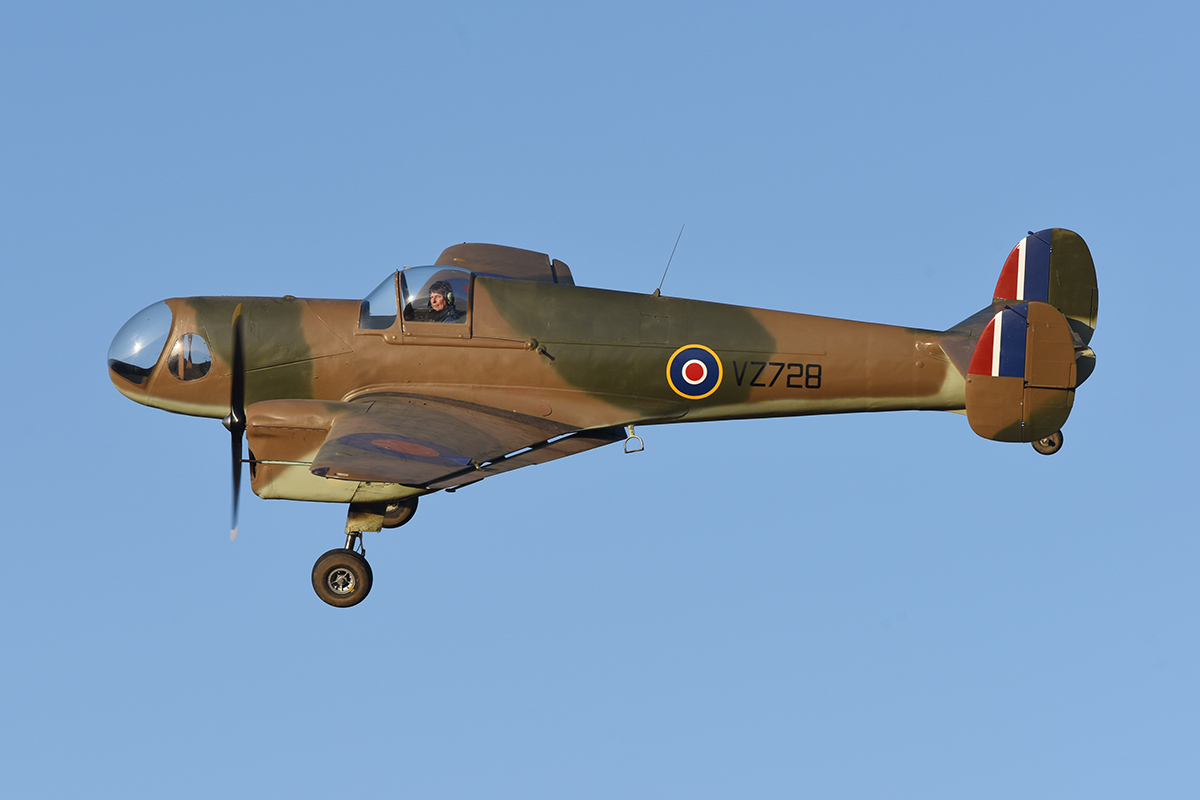 Plans to display the Reid and Sigrist RS.4 Desford Trainer, G-AGOS ‘VZ728’ c/n 003, at Newark Air Museum, Nottinghamshire have sparked a campaign to secure the future of the aircraft, which has recently been returned to airworthiness. Leicestershire County Council, which owns the 1945-built twin-engined trainer, announced on Monday that councillors are to discuss the proposed move on December 15.

Objections were quickly raised with those close to the project highlighting how close the Desford is to receiving a permit to fly and a potential return to the airshow circuit after more than four decades.

A source close to the restoration told Planet Avgeek:

“It’s basically job done. There is another 55mins of flight testing to be completed but once that’s in order, the Desford will be issued with a permit to fly. We had it out on Wednesday afternoon for an engine run and, had we not run out of daylight, it’d have flown.”

While owned by Leicestershire County Council, the aircraft was removed from long-term storage in 2014 and transported to Spanhoe Airfield, Northamptonshire as resident maintenance outfit Windmill Aviation had been entrusted with making the Desford airworthy.

The restoration effort culminated with the aircraft’s first flight in 40 years during 2018 and the aircraft has now flown on nine occasions, accumulating nine hours and five minutes in flight.

It has since made appearances at two events ran by Planet Avgeek’s sister organisation, Threshold.aero, and it is understood there has been significant interest from several airshow organisers in having the aircraft appear at their events in 2021.

Planet Avgeek would like to thank Rebecca Tyers for her invaluable assistance in producing this article. A petition to save the aircraft has received in excess of 1,100 signatures at the time of writing: https://you.38degrees.org.uk/petitions/save-the-desford-2

View Profile | View all posts by Threshold.aero
JetBlue’s First A220 “Hops” Into The Air
Airbus A330neo for Air Greenland