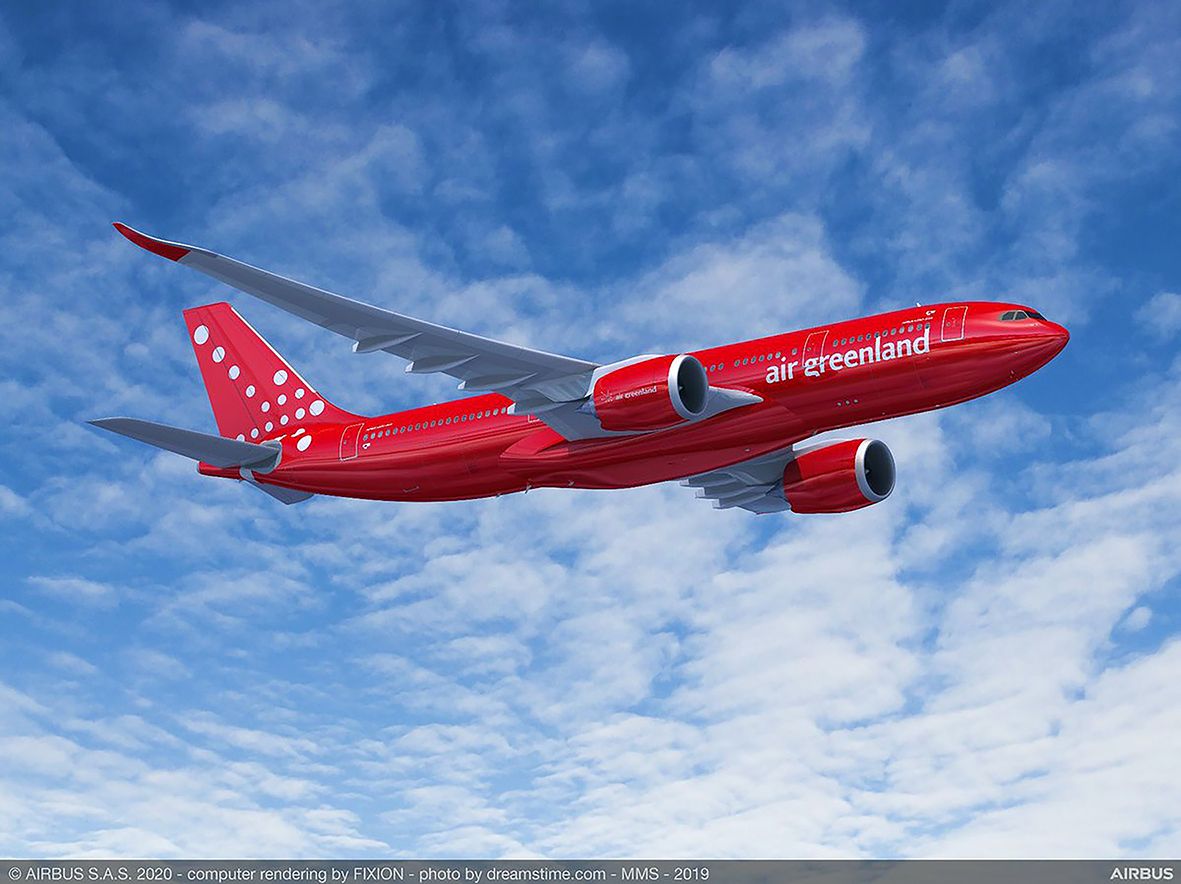 Air Greenland, the flag-carrier for Greenland, has become the latest airline to order Airbus’ next generation A330neo aircraft. The new A330-800 will replace the airline’s ageing Airbus A330-200ceo aircraft to ensure operations linking the Arctic island with Denmark continue from the end of 2022.

“We’re pleased to see Air Greenland renew its confidence in the A330 Family and join the growing number of operators who are selecting the A330neo as a logical replacement for their ageing fleets,” said Christian Scherer, Airbus Chief Commercial Officer. “To imagine the airline’s distinctive red livery set against the Arctic’s environment provides some Christmas cheer at the end of a year that has been harsh for our entire industry.”

The Airbus A330neo is a new-generation aircraft, building on the popular A330ceo and developed with the latest technology from the A350. The A330neo offers a unique passenger experience with the latest generation, in-flight entertainment systems and connectivity. Its RollsRoyce Trent 7000 engines, new wing with increased span and Sharklet wing tips, provides an unprecedented level of efficiency – with 25% lower fuel-burn per seat than previous-generation competitors.