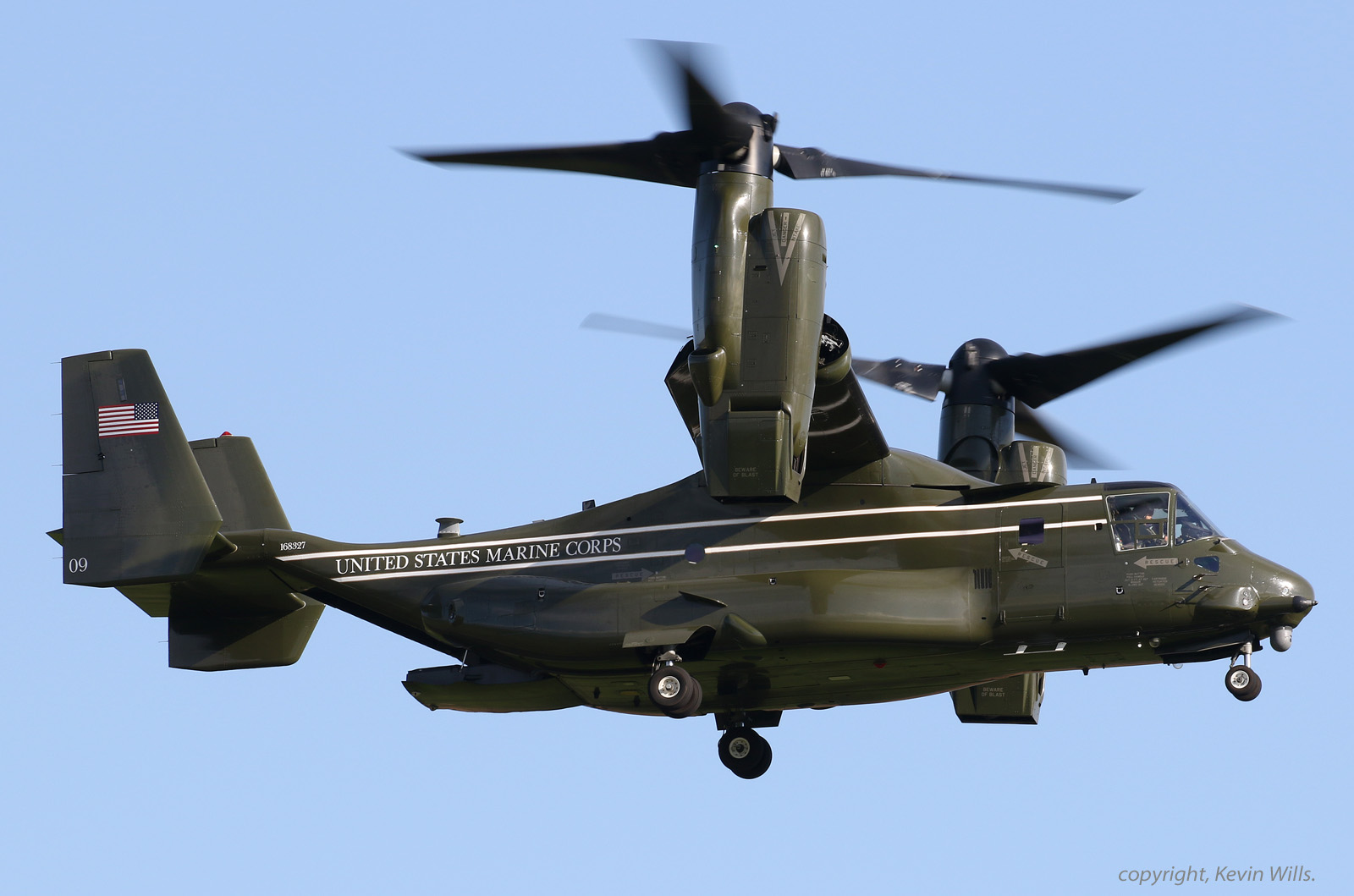 With the 47th G7 summit being held in the UK this year between 11th – 13th June, the aviation enthusiast community are expecting to see plenty of military and government aviation assets descend on the South West of the UK.

United States Air Force C-17 transports started arriving at Newquay Airport in Cornwall on 31st May bringing in equipment in readiness for the 46th President of the United States arriving in the UK on Air Force One.

Shortly before 1800 hours local time on the 4th June, Exeter became the next airport in the West Country to see a gathering of photographers awaiting Marine Helicopter One (HMX-1) which is responsible for the transportation of the President, Vice President and other senior members of the Defence Staff and VIPs.

Flying from Lajes, Azores to Exeter, four MV-22Bs were supported by three US Marine Corps KC-130Js from VMGR-252 based at Cherry Point for air to air refuelling.

All photos copyright of Kevin Wills.