75 years of the deHavilland Canada Chipmunk 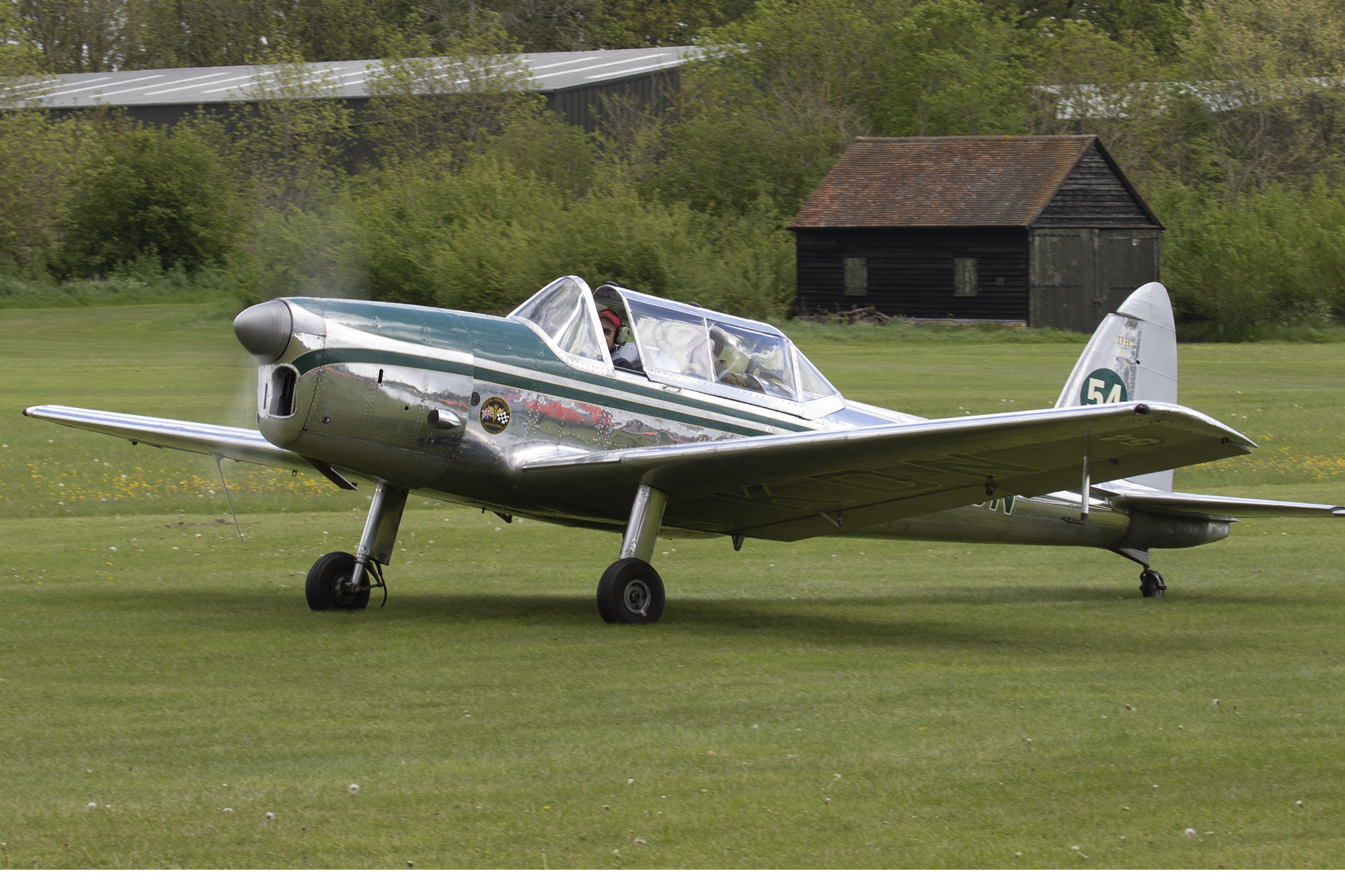 The production run by de Havilland Canada numbered 217 airframes of which 158 were taken by the Royal Canadian Air Force as a trainer. With the appearance of the type in the U.K, and subsequent tests at A&AEE Boscombe Down using G-AKDN and G-AJVD the Air Ministry adopted the type as the standard ab-initio trainer for the Royal Air Force (RAF) to spec T.8/48 to replace the Tiger Moth. The first RAF aircraft was WB549, which was designated Chipmunk T.Mk 10 and the total production for the Air Ministry was 740 with the last being delivered in 1951. A total of 1014 aircraft were produced under licence by de Havilland in the U.K at initially Hatfield Aerodrome and latterly Hawarden Airfield, also a further 66 were produced under licence by OGMA at Alverca, Portugal from 1955-1961.

The first RAF Chipmunks were delivered to Oxford University Air Squadron, replacing its RAF Kidlington based de Havilland Tiger Moths in early 1950. Subsequently the aircraft equipped all the other sixteen UASs and the 20ish RAF Reserve Flying Schools until they closed during 1952-53. With the expansion of the RAF in peacetime during the early 1950s, the aircraft became the ab-initio trainer of all National Service pilots. The Chipmunk replaced the Percival Prentice at the RAF College at RAF Cranwell and remained in service until 1954 when the Jet Provosts were delivered, although was soon re introduced to provide elementary flying training for cadets prior to climbing into the Jet Provost.

The Royal Navy acquired a dozen ex-RAF aircraft in 1965 to replace the Tiger Moths of the Britannia Royal Naval College Air Experience Flight at Roborough, Cornwall (known as Britannia Flight), with the first entering service in 1966. Additional to the Roborough aircraft, 771 and 781 Squadrons also operated examples for communications and glider towing duties from RNAS Culdrose and RNAS Lee-on-Solent together with the Station Flights of RNAS Yeovilton, Lossiemouth and Culdrose. The Chipmunk joined the Army Air Corps on 1 September 1957, at its peak the School of Army Aviation, now the Army Aviation Centre (AACen) at Middle Wallop, Hampshire, operated 21 aircraft and these were in daily use prior to their out-of-service date of March 1997.

On 22nd May 2021 Old Warden airfield prepared themselves for a predicted 70 odd Chipmunks to arrive, unfortunately the great British weather had other ideas. With winds and unfavorable weather at home airfields and challenging conditions at Old Warden a very respectable 34 Chippys made it. This number included the last two still in service with the RAF under the charge of The Battle of Britain Memorial Flight at Coningsby and a Shuttleworth based aircraft.

For an up to date and thorough checklist of what aircraft were at Old Warden on 22nd May 2021 see here: https://planetavgeek.co.uk/2021/05/22/dehavilland-chipmunk-75th-anniversary-fly-in/