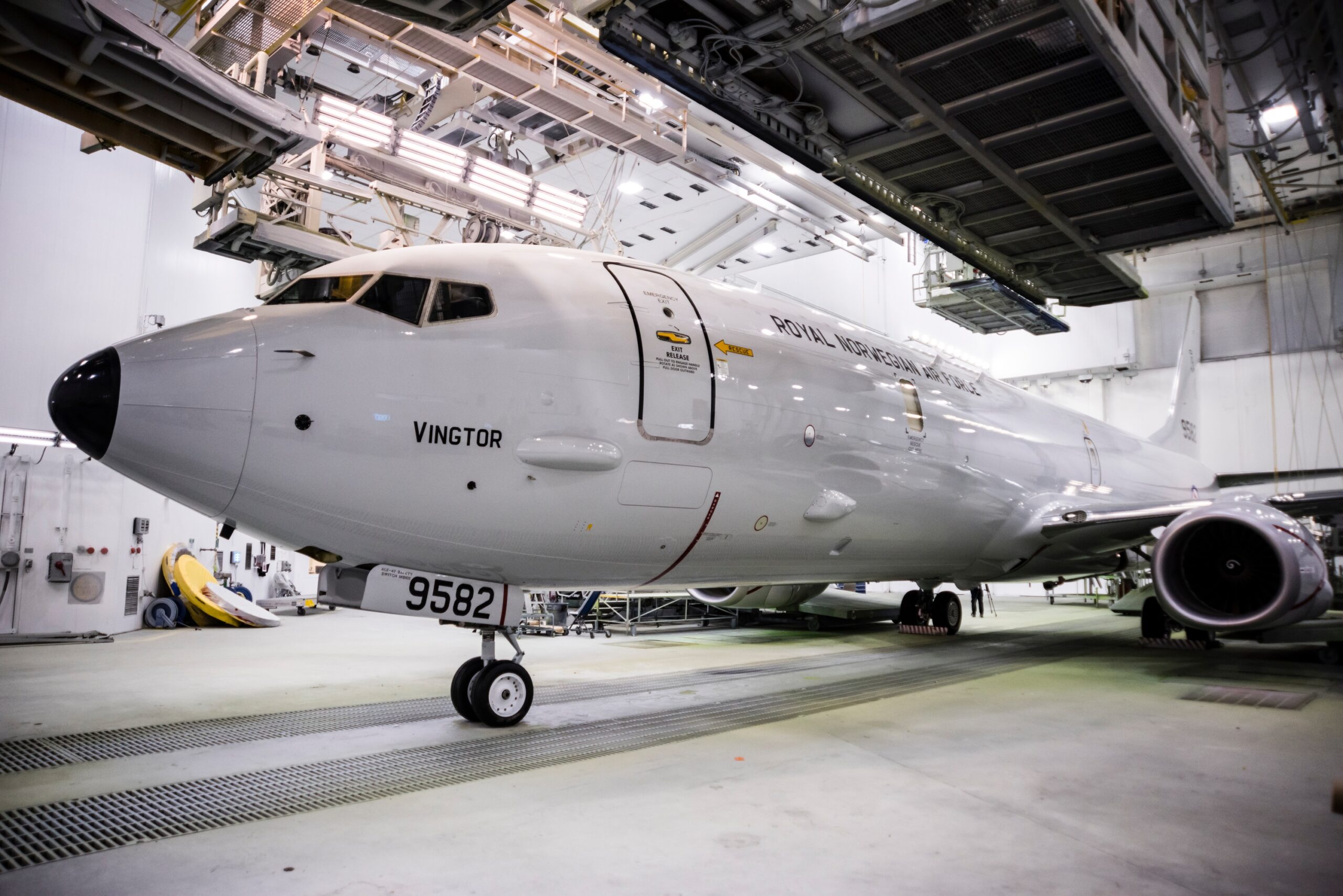 The first of five P-8A Poseidon aircraft for the Royal Norwegian Air Force rolled out of the paint shop on 9th July 2021 at Renton, in full 333 Skvadron’s livery complete with the ‘Saint’ logo on the tail. Norway is one of eight nations to have acquired the P-8A as their multimission maritime patrol aircraft. Others being the US, UK, Germany, Australia, India, Korea and New Zealand.

Recently, the air force revealed the names of its five P-8A Poseidon aircraft which are inspired by Norse mythology: Vingtor, Viking, Ulabrand, Hugin and Munin. This continues a tradition that started when the names Vingtor, Viking and Ulabrand were used on Norway’s PBY-5 Catalina maritime patrol aircraft in 1942. Since then, other maritime patrol aircraft operated by the Royal Norwegian Air Force have carried those names, including its current P-3 fleet, which are to be replaced by the P-8A.

Norway’s first P-8A aircraft – Vingtor – serial 9582 will now return to the factory floor to be prepared for flight testing. First flight is scheduled for later this month, and mission systems will be installed before its delivery to Norway in early 2022.